H.G. Bishop Metaous – Abbot of the monastery, together with the monastery’s monks would like to wish everyone a very Merry Christmas, and a Happy New Year.  On this joyous occasion we remember the wise men who came from afar, withstanding the long journey in order to see our Lord Jesus Christ.

They were full of love and they were longing to see the new born baby whom the star directed them to. They were very eager to see Him and they were indeed, the first of all nations to worship Him. We also recall, “…they saw the young Child with Mary His mother, and fell down and worshiped Him. And when they had opened their treasures, they presented gifts to Him: gold, frankincense, and myrrh.” (Matthew 2:11) May the Lord grant us to offer Him even the least, and even the least would be very precious in His eyes, as long as we offer it with love.

May the Lord grant us to offer Him, no matter how small, and still it will cheer God’s humble heart. We will offer Him our resistance to sin, we will offer Him our repentance along with fruitful virtues. We will also offer the Lord all that we can in order to please Him. In return, the Lord will accept our gifts, just as He accepted those of the wise men. In conclusion, we can chant with all our hearts, “For all things come from You, and of Your own we have given You.”   (1 chronicles 29:14)

As we celebrate these holy days, we ask the Lord to grant you and all your loved ones – health, happiness, and spiritual growth.

Essential conditions to spend a spiritual retreat in the monastery

To carry a legal proof of personality.

To carry a letter from the recognition father directed to the Abbot or the father responsible for the retreat house.

To be punctual to the timings of the prayers, work and retreats in the retreat house.

The retreat period does not exceed three days.

Between a retreat and another, there should be a minimum period of 2 months.

Not to visit the Abbot or the monks fathers except with a permission from the father responsible for the retreat house.

To be calm in order to maintain and respect the sanctity of the place.

I: Video and photos of the history of the Monastery of the Syrians, past and present.

II: Sections of the Monastery such as the entrance, the walls, the fort and the churches including the wall frescos from the archaeological museum and the rest of the Monastery.

III: Midnight Prayers on Sunday with the Holy Fathers of the Monastery.

IIII: Video of the Gregorian Mass for the Fathers in the Monastery.

We hope that watching and listening to these CDs will bring spiritual benefit and be a blessing to all.

The way to Egypt

A Documentary Film about

The flight of the Holy Family to Egypt

Abbot of the prosperous Syrian Monastery

11 Be glad in the Lord and rejoice, you righteous; And shout for joy.

6 For this cause everyone who is godly shall pray to You.

33:1 Rejoice in the Lord, O you righteous! For praise from the upright is beautiful. [NKJV] Alleluia

33:1 Rejoice in the Lord, O you righteous! For praise from the upright is beautiful.

12 Blessed is the nation whose God is the Lord, The people He has chosen as His own inheritance. [NKJV] Alleluia

11 Now as they heard these things, He spoke another parable, because He was near Jerusalem and because they thought the kingdom of God would appear immediately. 12 Therefore He said: A certain nobleman went into a far country to receive for himself a kingdom and to return. 13 So he called ten of his servants, delivered to them ten minas, and said to them, `Do business till I come.' 14 But his citizens hated him, and sent a delegation after him, saying, `We will not have this man to reign over us.' 15 And so it was that when he returned, having received the kingdom, he then commanded these servants, to whom he had given the money, to be called to him, that he might know how much every man had gained by trading. 16 Then came the first, saying, `Master, your mina has earned ten minas.' 17 And he said to him, `Well done, good servant; because you were faithful in a very little, have authority over ten cities.' 18 And the second came, saying, `Master, your mina has earned five minas.' 19 Likewise he said to him, `You also be over five cities.'. [NKJV] Glory is due to our God to the age of all ages. Amen

20 For our citizenship is in heaven, from which we also eagerly wait for the Savior, the Lord Jesus Christ, 21 who will transform our lowly body that it may be conformed to His glorious body, according to the working by which He is able even to subdue all things to Himself.

9 Do not grumble against one another, brethren, lest you be condemned. Behold, the Judge is standing at the door! 10 My brethren, take the prophets, who spoke in the name of the Lord, as an example of suffering and patience. 11 Indeed we count them blessed who endure. You have heard of the perseverance of Job and seen the end intended by the Lord--that the Lord is very compassionate and merciful. 12 But above all, my brethren, do not swear, either by heaven or by earth or with any other oath. But let your Yes, be Yes, and your No, No, lest you fall into judgment. 13 Is anyone among you suffering? Let him pray. Is anyone cheerful? Let him sing psalms. 14 Is anyone among you sick? Let him call for the elders of the church, and let them pray over him, anointing him with oil in the name of the Lord. 15 And the prayer of faith will save the sick, and the Lord will raise him up. And if he has committed sins, he will be forgiven. 16 Confess your trespasses to one another, and pray for one another, that you may be healed. The effective, fervent prayer of a righteous man avails much. 17 Elijah was a man with a nature like ours, and he prayed earnestly that it would not rain; and it did not rain on the land for three years and six months. 18 And he prayed again, and the heaven gave rain, and the earth produced its fruit. 19 Brethren, if anyone among you wanders from the truth, and someone turns him back, 20 let him know that he who turns a sinner from the error of his way will save a soul from death and cover a multitude of sins. [NKJV] Do not love the world, nor the things which are in the world. The world shall pass away and all its desires; but he who does the will of God shall abide forever. Amen

19 Now those who were scattered after the persecution that arose over Stephen traveled as far as Phoenicia, Cyprus, and Antioch, preaching the word to no one but the Jews only. 20 But some of them were men from Cyprus and Cyrene, who, when they had come to Antioch, spoke to the Hellenists, preaching the Lord Jesus. 21 And the hand of the Lord was with them, and a great number believed and turned to the Lord. 22 Then news of these things came to the ears of the church in Jerusalem, and they sent out Barnabas to go as far as Antioch. 23 When he came and had seen the grace of God, he was glad, and encouraged them all that with purpose of heart they should continue with the Lord. 24 For he was a good man, full of the Holy Spirit and of faith. And a great many people were added to the Lord. 25 Then Barnabas departed for Tarsus to seek Saul. 26 And when he had found him, he brought him to Antioch. So it was that for a whole year they assembled with the church and taught a great many people. And the disciples were first called Christians in Antioch. [NKJV] The word of the Lord shall grow, multiply, be mighty and be confirmed in the holy church of God. Amen

19 Many are the afflictions of the righteous, But the Lord delivers him out of them all.

32 Do not fear, little flock, for it is your Father's good pleasure to give you the kingdom. 33 Sell what you have and give alms; provide yourselves money bags which do not grow old, a treasure in the heavens that does not fail, where no thief approaches nor moth destroys. 34 For where your treasure is, there your heart will be also. 35 Let your waist be girded and your lamps burning; 36 and you yourselves be like men who wait for their master, when he will return from the wedding, that when he comes and knocks they may open to him immediately. 37 Blessed are those servants whom the master, when he comes, will find watching. Assuredly, I say to you that he will gird himself and have them sit down to eat, and will come and serve them. 38 And if he should come in the second watch, or come in the third watch, and find them so, blessed are those servants. 39 But know this, that if the master of the house had known what hour the thief would come, he would have watched and not allowed his house to be broken into. 40 Therefore you also be ready, for the Son of Man is coming at an hour you do not expect. 41 Then Peter said to Him, Lord, do You speak this parable only to us, or to all people? 42 And the Lord said, Who then is that faithful and wise steward, whom his master will make ruler over his household, to give them their portion of food in due season? 43 Blessed is that servant whom his master will find so doing when he comes. 44 Truly, I say to you that he will make him ruler over all that he has. [NKJV] Glory is due to our God to the age of all ages. Amen 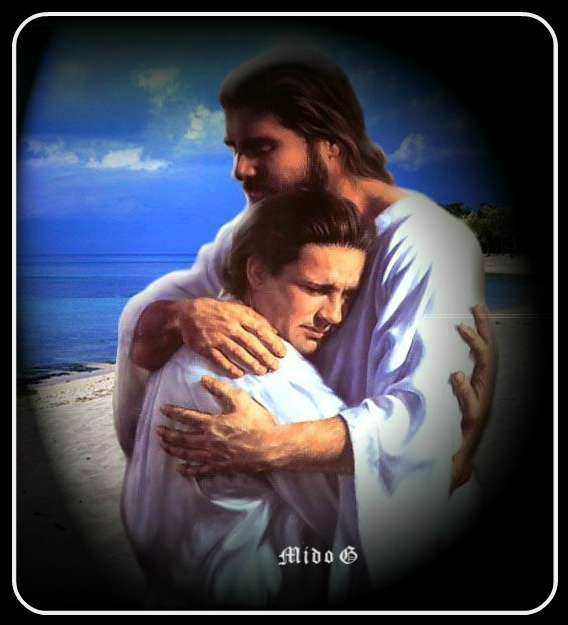 [1] The Departure of St. Anthony the Great (Antonius)

The importance of Agbeya prayers

The best way to pray Agbeya

Door of the rituals

Direction to the east during praying